Coffee Vs. Tea: Avoiding Offending Other Cultures At Breakfast

If you plan to travel all over the world, there are a few things you should know. First and foremost, the rest of the world drinks tea at breakfast. Coffee is second-place at best in other countries. There are several reasons for this, and you should know them so that you can act on a culturally sensitive level.

Why Americans Prefer Their Coffee

Coffee was only supposed to replace tea temporarily during the tea boycott so that the revolutionaries and those that supported them could send a message to King George. It backfired as the colonists found they got more of a kick from coffee than tea. It quickly became the number one hot breakfast drink, and even Loyalists took part. Today, Americans still prefer coffee to tea. If you are coming from another country, you will have to make a special request for tea, but Americans will not be offended if you do.

Tea Instead of Coffee in Other Countries

Of course, British people still drink tea. All of the British colonies that still have strong ties to Britain drink tea. Former British colonies and British land holdings drink tea. If you visit these current or former colonies and parts of Britain, save your coffee for an afternoon meeting or drink it after dinner. Drink tea with them at breakfast, and you will make a better impression on them.

Japan and China, as well as a few other Asian countries, have always preferred tea. Coffee was discovered in the New World, when European conquerors saw natives drinking a dark beverage. Coffee eventually made it to these Asian countries via trade routes, but tea was already the steadfast cultural favorite. Your Asian business counterparts would consider it insulting if you do not drink tea when it is offered. Ergo, learn to drink tea prior to going to Asian countries.

Of course you want to observe local customs and preferences, but if you absolutely cannot go without coffee and/or you cannot drink tea, there are ways around this. Wait to drink coffee, which is considered a digestive beverage consumed after main meals. You may have to wait until lunch to do this. Use disposable cups to hide the fact that you drink coffee. Use reusable cups with lids, like travel mugs, to hide the sight and smell of coffee if you are really worried about offending locals. 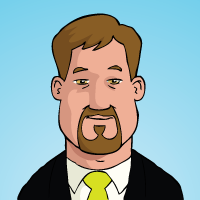